Advance Wars is a turn-based strategy video game developed for the Game Boy Advance by Intelligent Systems and published by Nintendo. It was released in North America on September 10, 2001. The game's release in Japan and Europe was postponed due to the 9/11 attacks in the United States. Although the game was released in Europe in January 2002, neither GBA title was released in Japan until the Game Boy Wars Advance 1+2 compilation in 2004. Advance Wars has been released for the Wii U Virtual Console simultaneously in Europe and North America on April 3, 2014.

The goal is to beat the enemy army. There are two ways to defeat an opponent: destroy every one of the opponent's units on the map or capture the opponent's headquarters. However, some maps have specific objectives, such as capturing a certain number of cities to claim victory. The available modes of play include "Field Training" which is a tutorial mode, a campaign mode that carries the game's storyline, the "War Room" which is a collection of maps on which the player attempts high scores, as well as multiplayer modes as well as a map design mode.

The "Campaign" and "War Room" modes both help to rank the player up (from Rank #100 to Rank #1) and to earn coins to unlock COs and maps in the "Battle Maps" shop. The modes also give the player a rank for effort after winning a battle on that map, which assesses by the speed, power, and technique in that battle, speed is the number of days spent trying to win the battle, power being how many enemy units you defeated, and technique is the number of your units that survived (in percentage). 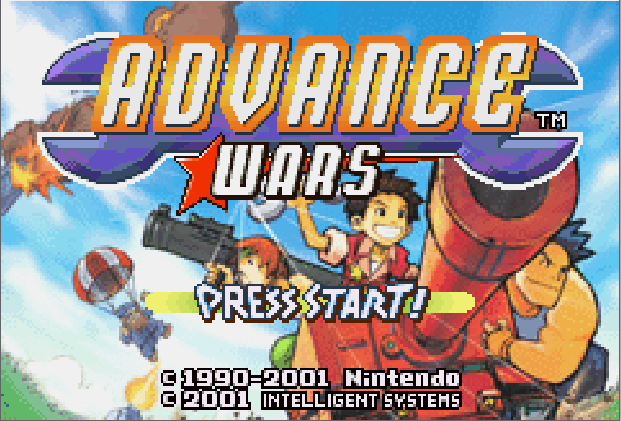