A Legend Is Born - Lestallum

This is the first post game quest given to you by Randolph in Lestallum, an NPC that only appears once you've reached Chapter 15; a post game chapter. Each of these quests will reward you with one of the games Legendary Weapons and involves defeating an extremely powerful monster.

For this quest you'll have to defeat a Bennu monster which is found in western Leide. You may remember this giant bird from earlier in the game if you did Dino's quest chain from Galdin Quay. The fight itself is pretty straight forward, I recommend avoiding his feet since he has a killer AoE stomp - as most large creatures do. The Airdance ability helps a lot for enemies like this. 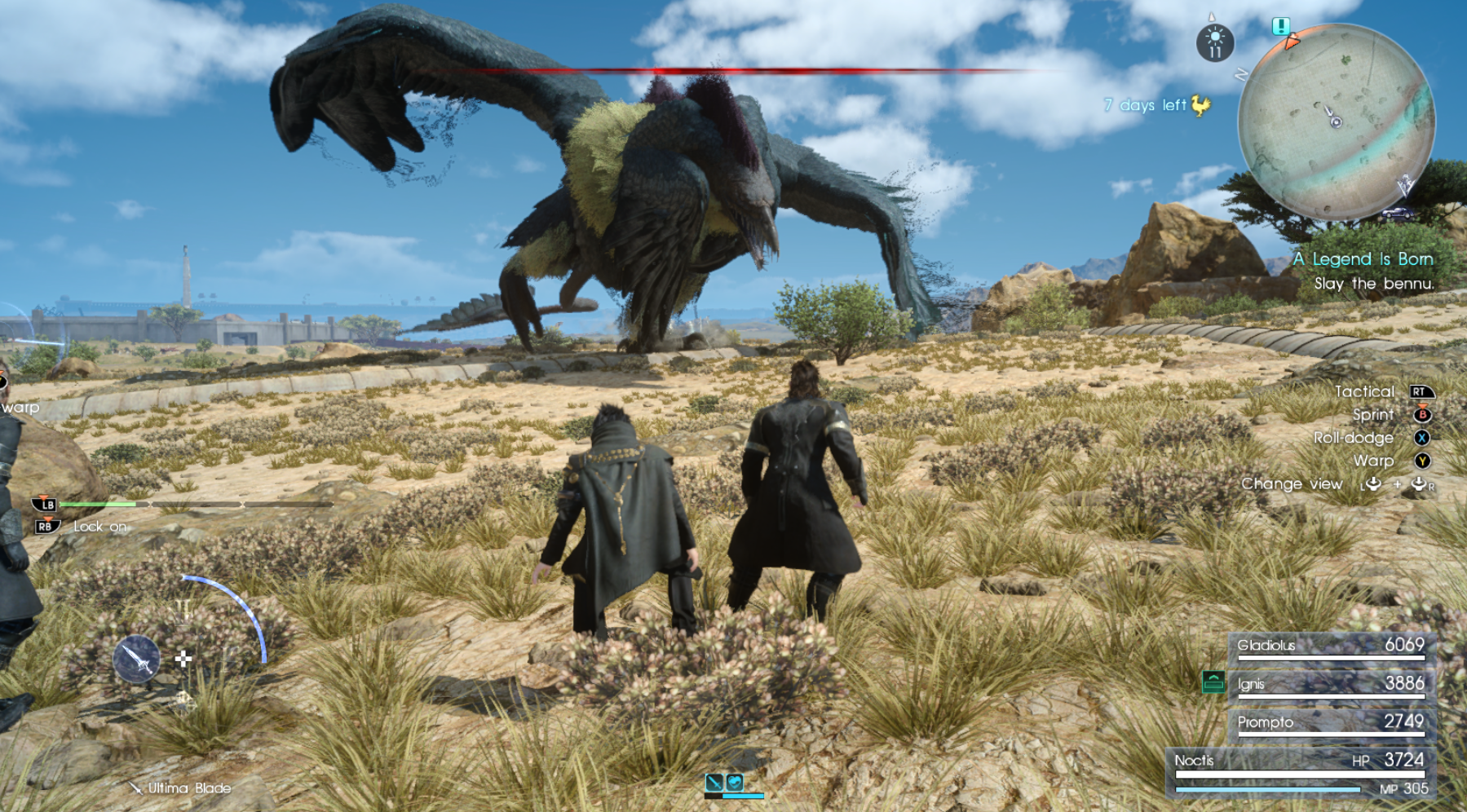 Once you've defeated the Bennu return the beak you obtained to Randolph in Lestallum to receive an Iron Duke Greatsword. If you didn't already know, you can actually obtain another one of these Greatswords as a treasure spawn during Chapter 15. Head over to my Chapter 15 Walkthrough for more information on where to find the post game treasures.