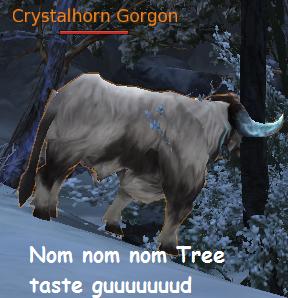 The downside for the Daru is if you attack one close to another, the other will join in to help the Daru. This are is also the best possible place for you to farm Avasta Logs, so if you've been working on your Extract Vitality you'll luck out. Also you will find Cippo and Leopis here for you to gather.