When you reach the town of Besfer Refugee Camp you will want to grab all the quests. That's right, I said it. Grab all of the quests. Now for the list of quests that you should have and how to do them, take a look below:

To Build a Fire

Destroy Worn Kalgolems for 6 Kalgolem Fragments. The Worn Kalgolems that you need for the quest can be found to the southwest. You where grinding them at level 36 if you were following my guide. So finding them again shouldn't be too hard.

Wishing On the Moon

Collect 4 Moonstone Ore. You can find moonstone just east of town where the Frost Agrints are. There are 3 static spawn spots around here. If you grind here for a bit you'll run into it. 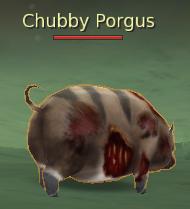 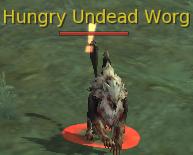 Kill 10 Chubby Porgus and 6 Undead Worgs. The Chubby Porgus and the Worgs are right near where you grinded the kalgolems for level 36. You probably seen them a few times or maybe even killed them while in this area. Just head back over there.

Collect 15 Almeha. The Almeha can be found right around where all the Frost Agrint's are. It requires 280 gathering to pick up. 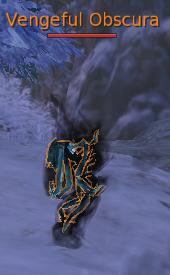 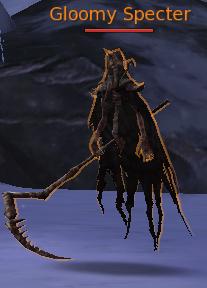 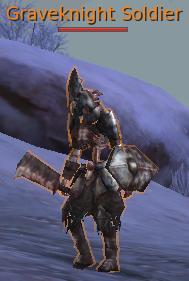 Kill 10 Frost Agrints. The Frost Agrints can be found just west of town. You can find them in other places however this is the only place where they will count for quest completion.

Now, I'm not going to tell you to do these in any specific order or go into massive amounts of detail. Everything is pretty easy to find. After you've completed all your quests then you will want to return to town and turn everything in. Now from town you will want to head northwest to our grind area. It is at the Anair Ice Lake.

Here you will find Crasaurs that have two green dots letting you know they are extra squishy. You will want to grind these guys all the way until level 39/40. Also the Tentacled Lobnites around here are also extra squishy.

Two additional good things about this area is you will also get an Abandoned Ring that drops. This ring will start an easy quest that gets turned into town for XP. Also there is a rare nammed Crasaur that spawns here. In addition to the Crasaur's here you also have elementals a hop skip and a jump to the north.

The elementals are level 39/40, meaning when you get to 39 you can always head up here and kill these guys for a change.