NOTE: When you reach level 20 you will be given a quest that will allow you to equip Stigmas. To see a Walkthrough of this quest click here.

Once you reach level 20 return to the Settler's Camp at Brusthonin and grab the set of quests that are here. You should have the following quests before leaving town:

Samples of Investigation
The Fields are Infested

With these two quests in hand head north out of town. You will want to head over to the same area we where just killing at and kill the following mobs for the quests you have.

All of these mobs are easy to find, once you complete both quests return to town and turn in your quests. What you will want to do now is grind the "Samples for Investigation" quest until level 22. It's a long way to go, but there really is nothing else to do. When you reach level 22 return to camp and use the Teleporter to go to Morheim.

In Morheim you will want to accept all of the quests. One of the quests, [Spy] Liquor that Makes You Vanish, when you talk to Otis, it will port you to the Elyos lands of Eltnen. The only way to get back to Morheim will be to die or your return ability. Before leaving town you should have the following quests:

Quite a few of these quests just require running back and forth in the city until you can get to a point of killing mobs, or until the quest is completed. So, be sure you make sure you complete any in the city before leaving and get the most up to date version of the quest possible. The first thing you will want to do after getting all the quests is "Frenai's Lost Jewelry".

This quest requires you to kill the Slinks, Crasaurs and Plumas around town for a necklace, ring and earrings.

Once you finish this quest return to town and turn in your quest. Now you will want to head west out of town over to the Ettin Camp. Below is a map of where the Ettin Camp is.

You will want to kill 10 of the Ettins over here for your quest "[Coin] Foes of the Fortress" and also "Daeva, Where's My Herb". Also over here you can find Suspicious Crystals for the "Fragments of Aion's Tower". You won't get all the Crystals you need here, but you can grab a few of them. 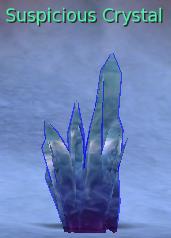 After you kill 10 Ettins you will want to head a bit south to the Tayga Camp. Here you will need to kill 15 Taygas. Once you kill all 15 of the Taygas continue further southeast to the spawn of Daru and Worgs.

The Daru and Worgs can be found in the blue circle on my map, where I am standing is Favyr who has 4 quests available to you and also one to be turned into him. Head over to Favyr and accept all of his quests. If you've been raising your Extract Vitality while leveling you will want to gather 10 Wrud Logs and 5 Gadill.

You don't have to do this right now, but rather while you're leveling. Doing this will complete two of the quests. After you do that kill the Crasaurs just north of him for a Crasaur Fin and Crasaur Leather. Now head back west and kill 10 Daru's and 10 Worgs. While killing them you will also get Tender Hock Meat as well as Worg Thigh Meat.

The Savvy Daru's drop the Daru Brisket that you need as well. The brisket is a bit more rare then the other two materials that you need. Once you've gotten all 3 materials and killed the 20 mobs you need to kill you will want to return to Favyr. The pot right next to him is where you are able to turn in your quest. Place any of the Ingredients you just collected into the bucket then head north where you killed the Crasaurs.

On the other side of the Waterfall you will see Spedor. Talk to him and follow him back to the pot. This will complete your quest, afterwords talk to Favyr and turn in your quest. Now what you will want to do is head east along the path.

After you buy them be sure to turn in any quests and refresh your "[Coin] Foes of the Fortress" quest. Also be sure to accept the Tayga follow up quest "The Claw of the Tayga". When you're done in town exit and head back to the Ettins, kill 10 of them and then head back south to the Tayga Camp. In the cave here you will find Iron Paw Kalsek. You will need to kill this Tayga and loot the claw in order to complete your Tayga quest.

After you finish that continue down and kill 10 Daru as well as 10 Worgs then head over to Favyr. Turn in your quest and return to town. This should get you close to 23, if not 23. If you're not 23 then you will want to grind the [Coin] quest until you are.